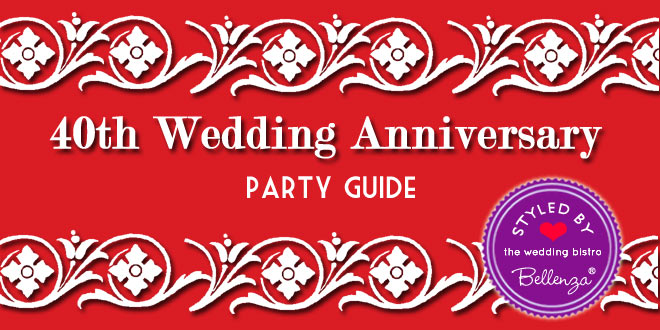 Did you know that the ruby symbolizes the 40th year of marriage? So, for your 40th anniversary celebration, this romantic red gem would make the ideal accent that ties all the party decorations together! Red is such a bold, striking color. So, you need just touches of it to make a stylish statement on your tablescapes. Then, serve ruby-inspired food and drinks, and give lovely red-hued anniversary party favors.

From centerpieces to favors to a fabulous dessert display, plan a special 40th anniversary party with these doable ideas and inspiration.

For the table centerpiece, use a pair of lovely decorative candles to symbolize the anniversary couple. And that ornate tray? It’s actually a mirror in a carved antique-finish frame! 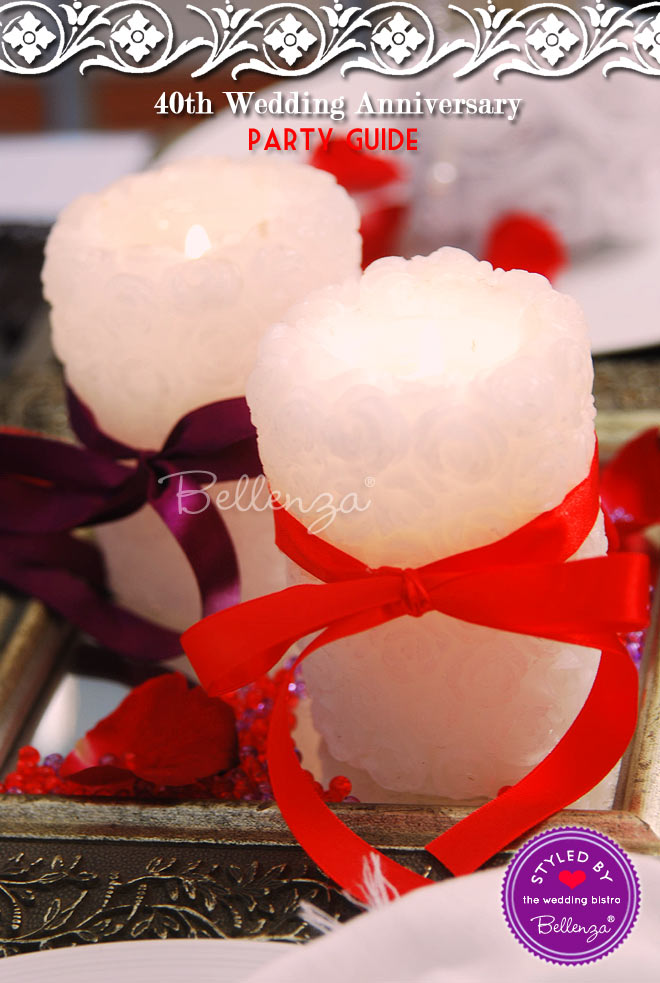 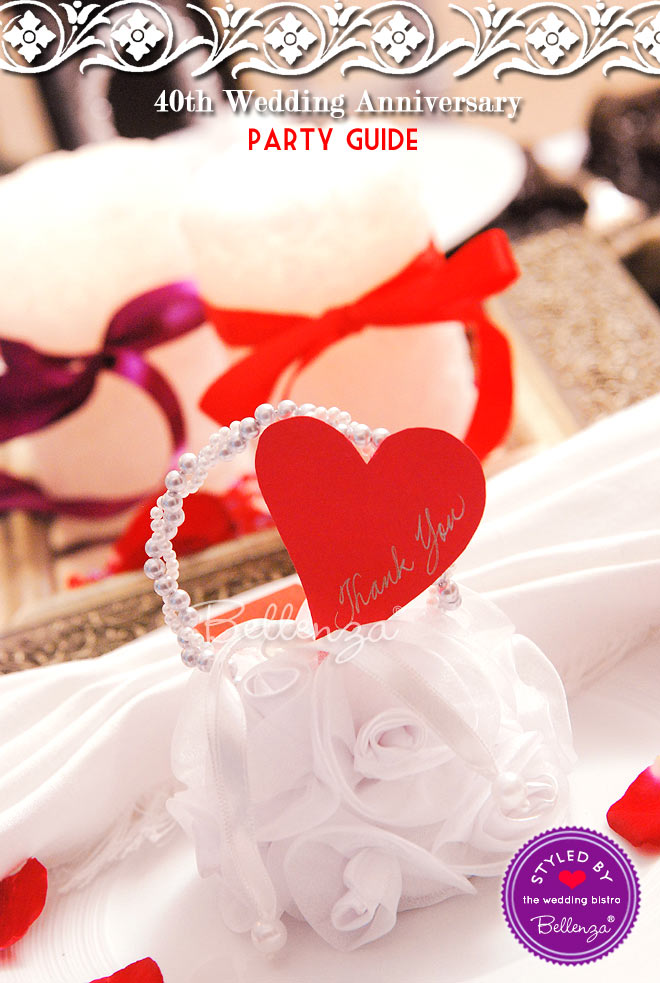 How make it yours:

Bring Drama to the Chair Decor

Attach a red silk cabbage rose to each chair back. Then, add dramatic flair with large bows of black satin ribbon trailing down to the floor. 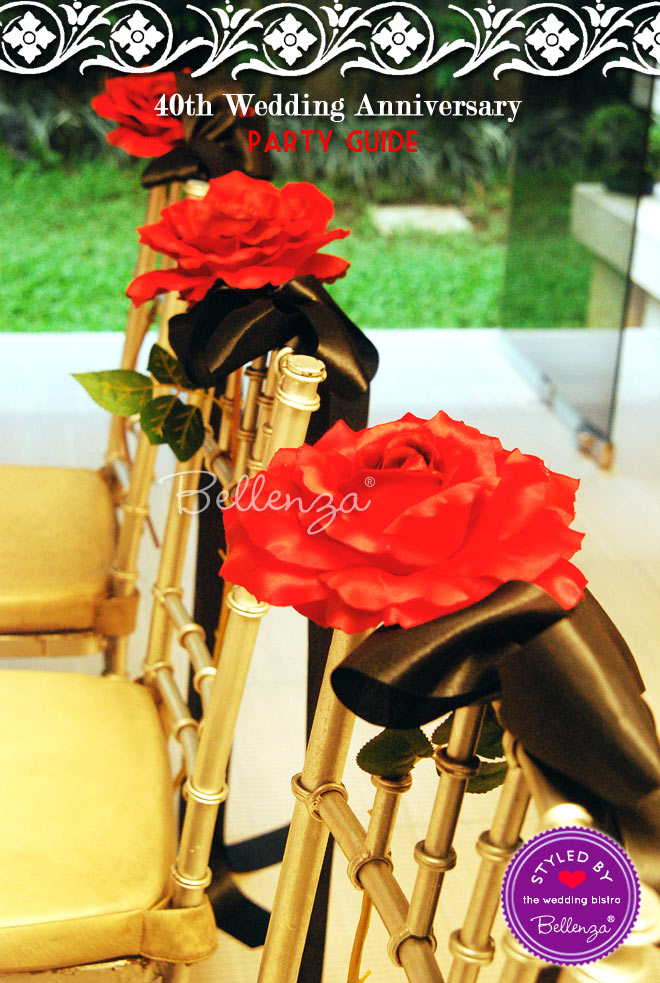 How make it yours:

Arrange a food and drinks display made festive with touches of red—goblets of cherry- and almond-flavored gelatin garnished with Oreos, votive holders encrusted with red beads, and red paper streamers! 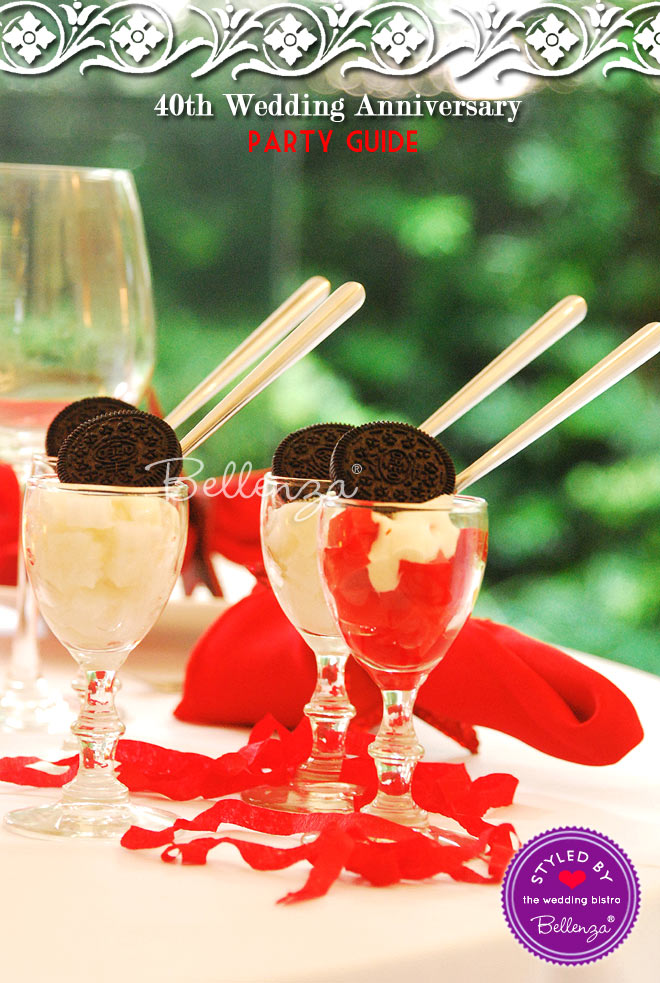 Display Gifts for the Celebrants

Prepare a special gift table for guests to place their presents for the couple. As the centerpiece for this display, assemble a lavish gift basket of gourmet goodies packaged in red wraps and trimmed with red ribbons and paper streamers. 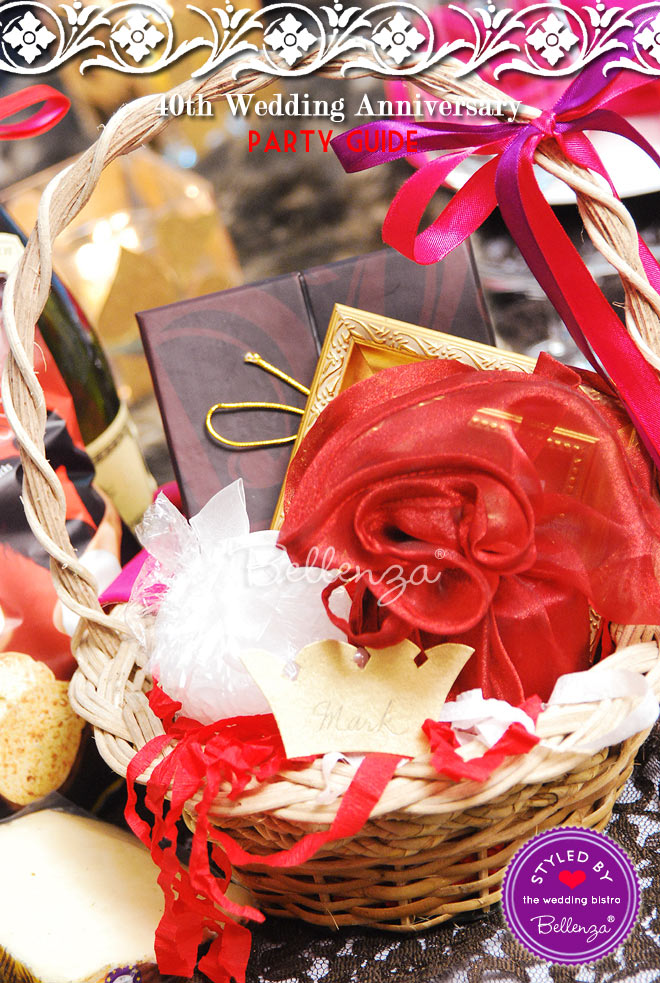 Of course, the anniversary theme is introduced from the time the invitations are sent out. So, see the exciting range of invite designs available from some fave party product affiliates. 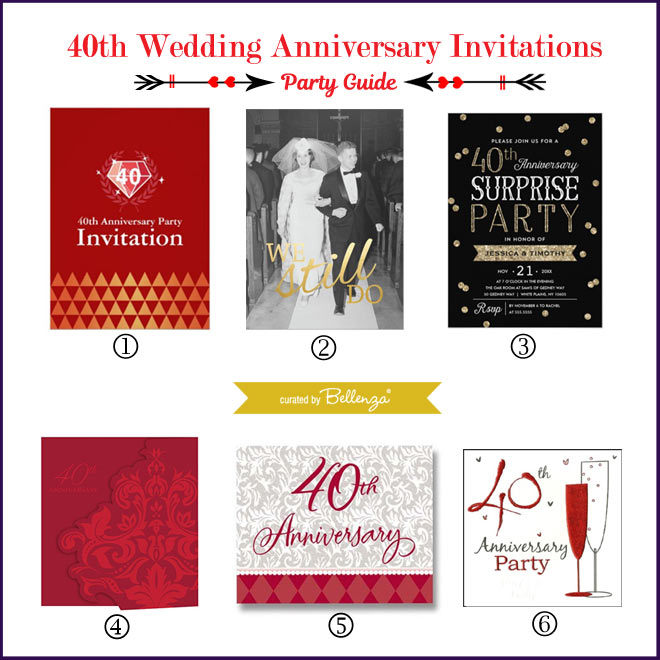 Plan a special menu that alludes to the ruby theme with dishes, drinks and desserts featuring the color red! 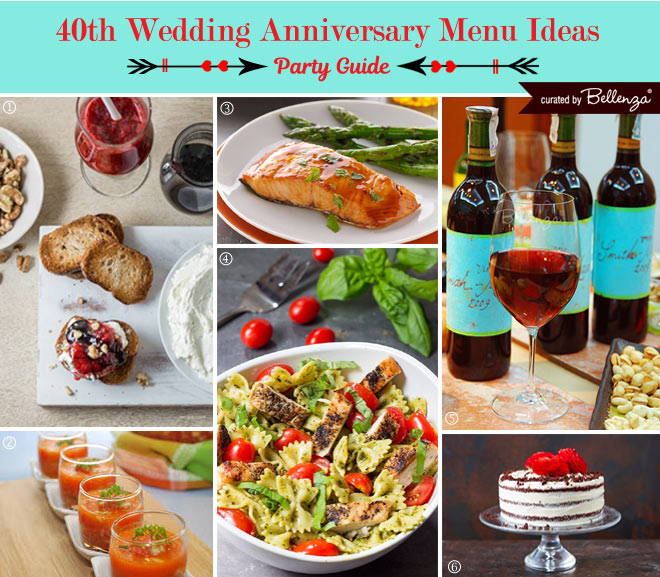 As guests arrive, treat them to a fancy appetizer like Goat Cheese Mousse with Red Wine Caramel (1) to be enjoyed with crostini and walnuts. Then, serve a light and refreshing Gazpacho Soup (2) followed by a hearty Pesto Pasta with Grilled Chicken (4). For your main dish, serve fresh Grilled Salmon with Asparagus (3).

As the “star of the show,” have a stunning Red Velvet Cake (6) for the couple to slice, just as they did their wedding cake. And for the anniversary toast, have bottles of red wine (5) ready—preferably a vintage with a special meaning to the celebrants.

Occasions like this call for special mementos of the couple’s 40 years together. We found some charming ideas—both as keepsakes for the honorees and as favors for the guests. 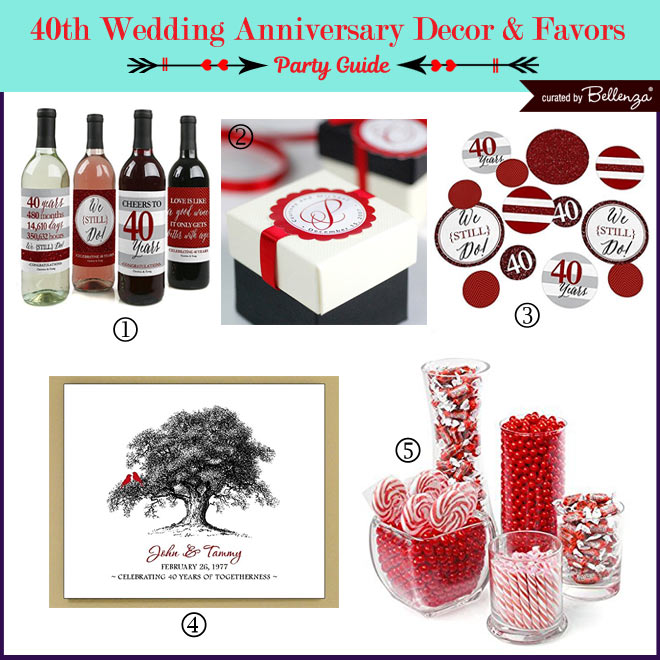 This post contains affiliate links. You can find our disclosure statement here.